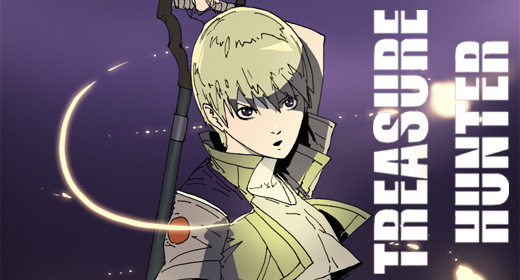 Omg! A new project? What? What?

Well, since crazy made the post for ToG, I guess I gotta make my explanations here. lol
After that massive release, everyone was exhausted. Some actually stayed up like 36hrs to make the mass release possible. And everything that was close to done was finalized. So, we kinda had nothing to do this week until lot of the early steps were complete. 😛 And that’s why this week was rather slow.

Now, onto the new project. Some might be asking: Aren’t you guys slow enough on some of your series already and you’re taking another project? To answer that simply, yes, we are. But this is how we work: we assign projects to people who actually like them. We rarely assign projects to people who doesn’t want to do it. So comics with little interest gets slow pace while comics with higher interest gets faster pace more easily. Then what about treasure hunter? It’s our new translator, Eggs’ favorite comic. 🙂 So, simply, will translates to output. Though, I did this preview chapter.

What about the comics that are going slowly? Well, you can pitch in to help if you like it. It’s that simple. If you’re another group that want to see it go faster, we’re very open to joints. If you want to completely take over a series we’re barely putting out any, we might even help you do that. We’re not very defensive about our slow projects, we just work on stuff we like. It’s that simple. ^^ But reality is that out of 10 manhwas out there, less than 1 is even translated. So, it seems if few people who had interest goes away, there really isn’t anyone else to pick it up unless forced to.